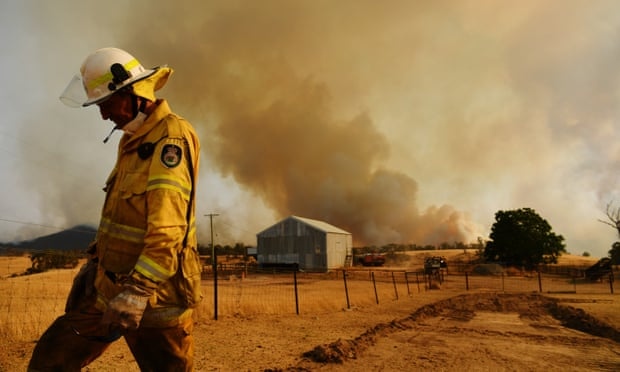 AKIPRESS.COM - A year of extreme weather events and mounting evidence of global heating have catapulted the climate emergency to the top of the list of issues worrying the world’s elite, The Guardian reports.

The World Economic Forum’s annual risks report found that, for the first time in its 15-year history, the environment filled the top five places in the list of concerns likely to have a major impact over the next decade.

Børge Brende, the president of the World Economic Forum, said: “The political landscape is polarised, sea levels are rising and climate fires are burning. This is the year when world leaders must work with all sectors of society to repair and reinvigorate our systems of cooperation, not just for short-term benefit but for tackling our deep-rooted risks.”

After a month in which bushfires have raged out of control in Australia, Brende said there was a need for urgent action.

“We have only a very small window and if we don’t use that window in the next 10 years we will be moving around the deckchairs on the Titanic.”

The WEF report said the retreat from the multilateral approach that helped cope with the 2008 financial crisis made it more difficult to tackle shared global risks.

It said the top five risks in terms of likelihood in the next 10 years were: