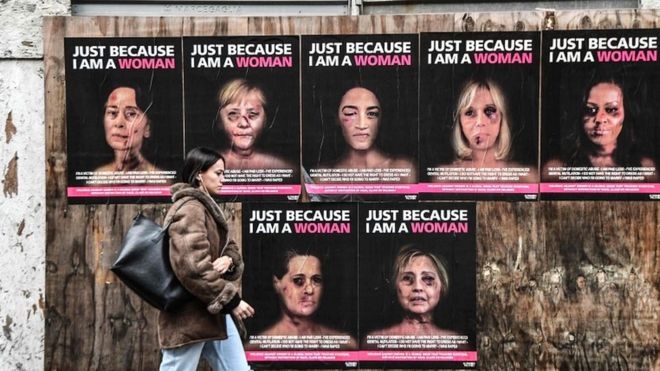 AKIPRESS.COM - An Italian artist has created a campaign featuring the battered faces of high-profile women to highlight the issue of violence against women, BBC reports.

The posters, which can be seen in Milan, include doctored images of former US First Lady Michelle Obama and German Chancellor Angela Merkel.

Violence against women does not distinguish between "race, class or religion", the posters say.