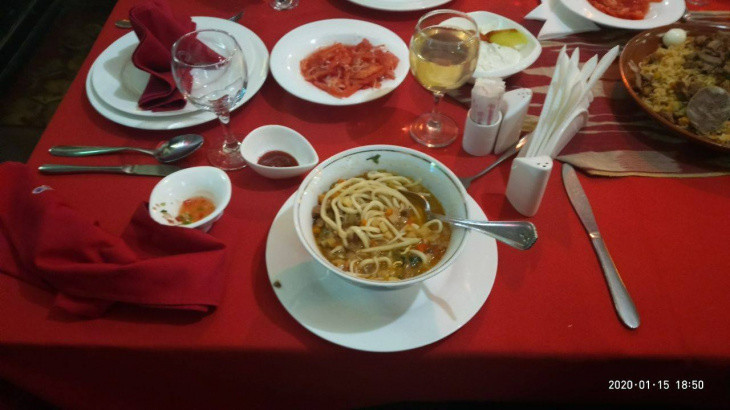 AKIPRESS.COM - Acting Foreign Minister of Russia Sergei Lavrov, who arrived in Tashkent on official visit, was served laghman (dish of pulled noodles, meat and vegetables), the Embassy of Russia in Uzbekistan said.

“Lagman was served in Tashkent, one of the most favorite dishes of Sergei Lavrov. Uzbekistan’s soft power at work,” the Russian Embassy said on Twitter.

The program of Sergei Lavrov visit in Tashkent includes visit to the branch of the Moscow State Institute of International Relations, which was opened on 9 December 2019. Lavrov will address faculty and students of the Institute.

The cooperation program between the Foreign Ministries for 2020-2021 will be signed.