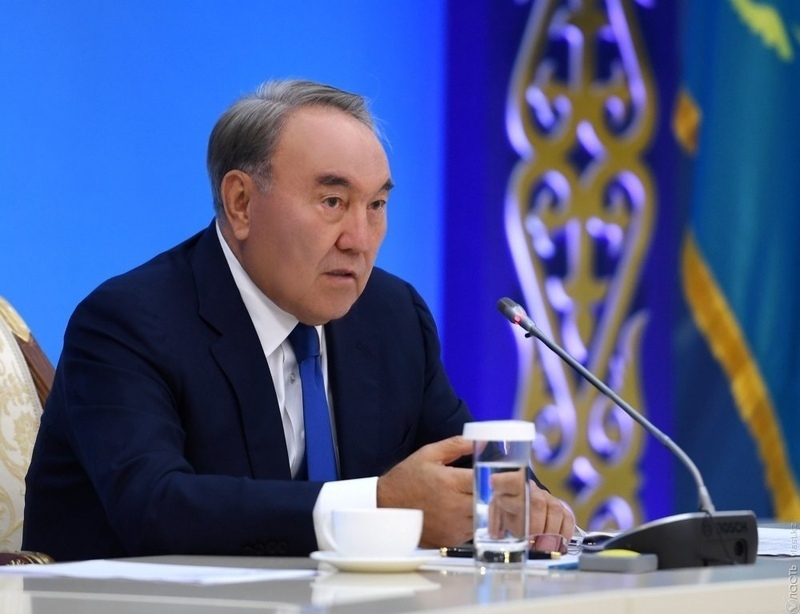 AKIPRESS.COM - The Top Ten Risks for Eurasia in 2020 rating was presented at the fifth session of the Astana Club – a political forum chaired by the First President of Kazakhstan, the Eurasian Development Bank reports.


Nursultan Nazarbayev, the First President of Kazakhstan, traditionally chairs the annual meetings of the Astana Club. The speakers at the Astana Club 2019 included nine former heads of state and government, nine ministers, and a winner of the Nobel Peace Prize. This year, 40 global experts were involved in developing the risk rating. The list of respondents was expanded to include 1,100 specialists from 70 countries, compared to 1,000 from 60 countries surveyed last year.

The key risks for Eurasia in 2020 are as follows:

1. Aftershocks of the 2020 US Presidential Election:

“The current president of the United States, Donald Trump, has already launched a campaign for re-election for a new term. However, his opponents threaten him with impeachment. Uncertainties in the political development of the world's leading superpower can pose serious risks for the whole of Eurasia,” the report suggests. This risks’ leading position in the rating reflects the growing concern with the US’s unilateral foreign policy actions that add significant uncertainty to the world’s political and economic architecture.

The trigger for another economic crisis with global implications could be problems in emerging economies. Amid the outflow of capital, emerging market currencies run the risk of plummeting, which will exacerbate companies' debt problems and spiral the global crisis.

3. Escalation of the US-China confrontation

The risk of increased confrontation between the US and China was noted on the first line of last year's rating. The problem remains relevant in 2020. The conflict between Washington and Beijing can take shape into a full-fledged strategic confrontation.

In 2019, the global community witnessed the collapse of the Treaty on the Elimination of Intermediate-Range and Shorter-Range Missiles (INF), which at one time became a symbol of the process of discharge. In 2020, the world will face with the probability of a total nullification of the ‘rules of the game’ in the field of strategic weapons. Unlike the previous Rating, the 2020 Rating expects that the global arms race will speed up.

5. Exacerbation of the battle for technological dominance

It can be expected that the geopolitical segmentation of the technological space will become more apparent. Cases with Chinese companies Huawei and ZTE are a kind of “run-in” mechanism for the regionalisation of markets for IT-products.

6. Military escalation of the conflict around Iran

The first step towards an even greater escalation of the confrontation around Iran could be the termination of the nuclear agreement. Iran’s confrontation with geopolitical rivals can spread widely into cyberspace. The situation will constantly hold hostage the entire security system in the Middle East.

7. Nuclear crisis on the Korean Peninsula

The movement of North Korea towards a peace treaty and the normalization of relations with the United States is at a slow pace. The risk of failure to negotiate is exacerbated by growing differences between the parties. The complication of the situation can also be caused by the aftershocks of the US presidential election in 2020.

8. A new wave of terrorism

Terrorist groups are experiencing a new phase in their development, expanding the geography of action. The chimeric product of this dangerous evolution is the lone wolves. At the same time, the world is facing extreme manifestations of the so-called “white” terrorism and terrorism of other faiths, whose victims are Muslims and migrants.

The transformation of populism into a leading electoral trend and the temptation of politicians to simply solve complex problems increase the risk of devastating social conflicts, including ethnic and religious ones.

In 2020, disagreements of major powers run the risk of completely paralysing the process of combating climate change, which will make it easier for other states to pursue a selfish policy, justified by national interests.