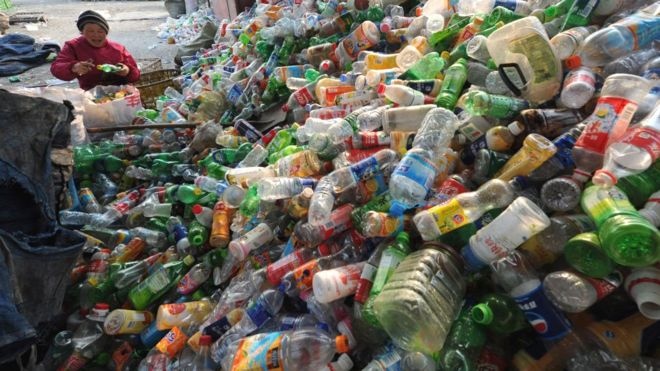 AKIPRESS.COM - China, one of the world's biggest users of plastic, has unveiled a major plan to reduce single-use plastics across the country, BBC reports.


Non-degradable bags will be banned in major cities by the end of 2020 and in all cities and towns by 2022.

The restaurant industry will also be banned from using single-use straws by the end of 2020.

China has for years been struggling to deal with the rubbish its 1.4 billion citizens generate.

The country's largest rubbish dump - the size of around 100 football fields - is already full, 25 years ahead of schedule.

In 2017 alone, China collected 215 million tonnes of urban household waste. But national figures for recycling are not available.

China produced 60 million tonnes of plastic waste in 2010, followed by the US at 38 million tonnes, according to online publication Our World in Data based at the University of Oxford.