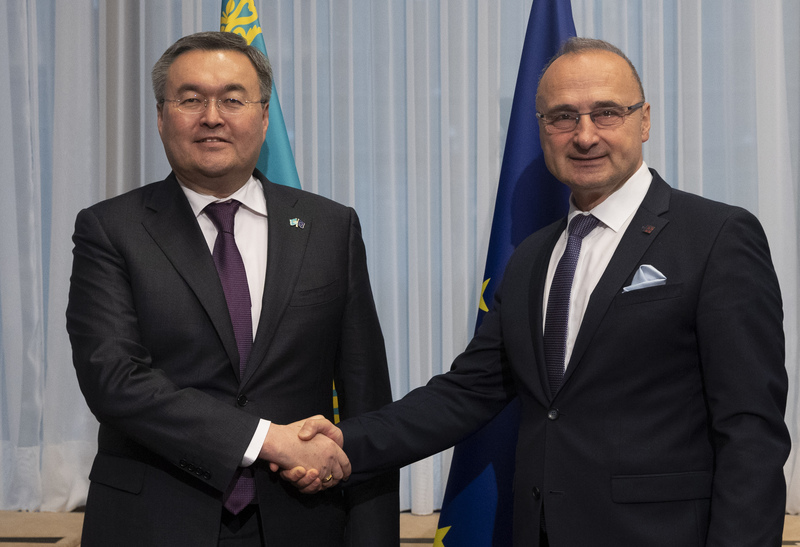 AKIPRESS.COM - The Cooperation Council between the European Union (EU) and Kazakhstan held its seventeenth meeting on January 20 in Brussels, the EU Council reported.

The full application of the EU-Kazakhstan EPCA will allow for even closer cooperation in areas which were not provisionally applied to date, in particular areas which fall under EU member state competence such as Common Foreign and Security Policy.

The successful implementation of the EU–Kazakhstan EPCA in a number of areas was reviewed; including trade and customs, environment and climate change, energy as well as rule of law and judicial cooperation.

The Cooperation Council also discussed the importance of good governance, the promotion and protection of human rights and cooperation with civil society. The EU welcomed President Tokayev's announcement to introduce a new public-assembly law and other reform steps including simplifying the process for creating political parties; and decriminalization of Article 130 and Article 174 of the Criminal Code. Kazakhstan's intention to start procedures to join the Second Optional Protocol to the International Covenant on Civil and Political Rights was also welcomed.

In the margins of the Cooperation Council, Foreign Minister Tileuberdi had a bilateral meeting with the EU High Representative, Josep Borrell, where they discussed EU-Kazakhstan relations as well as regional and international developments and cooperation.