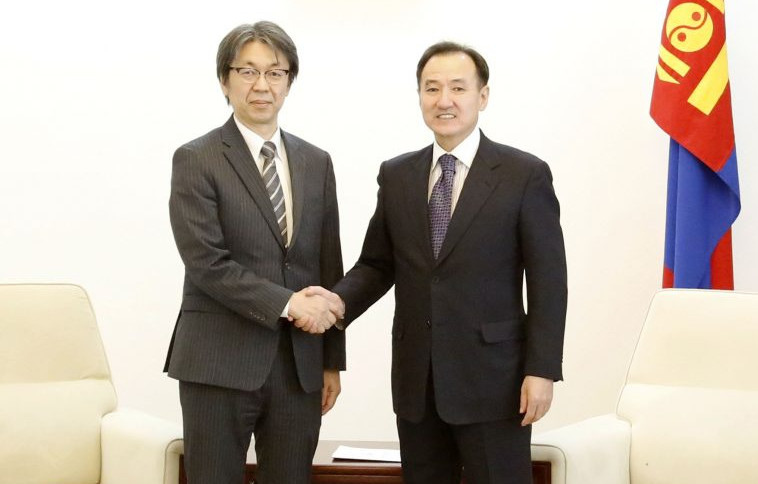 AKIPRESS.COM - Minister of Foreign Affairs of Mongolia D.Tsogtbaatar met with Japanese Ambassador to Mongolia Hiroyuki Kobayashi to congratulate him on presenting his diplomatic credentials and assuming office, Montsame reported.


Highlighting that the bilateral relations and cooperation between Mongolia and Japan have been developing to a high level of strategic partnership, Minister D.Tsogtbaatar noted the importance of intensifying the economic relations of two countries, particularly focusing on the effective implementation of the Mongolia-Japan Economic Partnership Agreement (EPA) and boosting trade and investment. The sides also exchanged views on regional and international issues of mutual concern.

Ambassador Hiroyuki Kobayashi pledged to maintain close cooperation with Mongolia on reinforcing the strategic partnership between Mongolia and Japan and expanding trade and investment ties, including growth of Mongolian exports to Japan.

The Ambassador also expressed his willingness to launch the preparation works of celebration of the 50th anniversary of diplomatic relations between Mongolia and Japan, which will be marked in 2022.