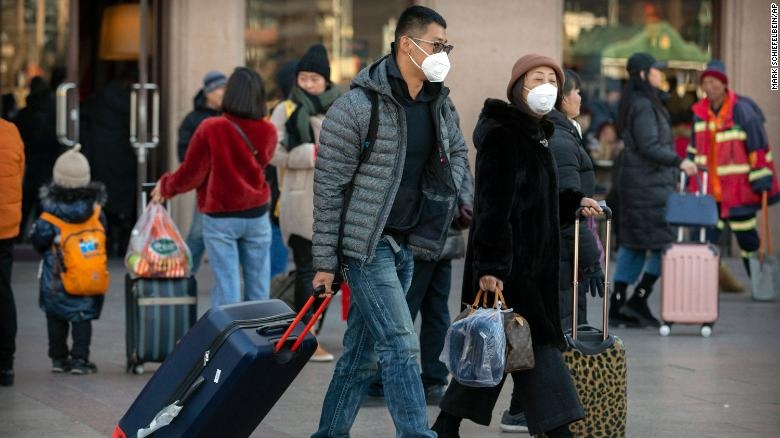 AKIPRESS.COM - Officials in China are racing to contain the outbreak of a new virus that has left at least nine people dead and sickened more than 440, after it was confirmed the infection can be passed between humans.

The spread of the respiratory virus to Thailand, Japan, South Korea, Taiwan, and now the United States, is fueling fears of a broader epidemic, as China enters its busiest travel period of the year, CNN reports.

Wuhan, the central Chinese city, is where the coronavirus was first detected. In the coming days, hundreds of millions of Chinese are expected to begin traveling across the country and overseas as the annual Lunar New Year break gets fully underway, compounding concerns of a further spike in cases.

Though infections were first detected in Wuhan in mid-December, infrared temperature screening areas were not installed in the city's airports and stations until January 14, according to state media.

More than 440 cases of the virus have been confirmed across China, with the majority in Wuhan itself, but also as far afield as Beijing, Shanghai and Guangdong province, near Hong Kong.

The death toll rose to nine Wednesday morning. Among the victims are a 66-year-old man and a 48-year-old woman who died on January 20, according to the Wuhan Municipal Health Commission. The majority of those who have died as a result of the virus have been elderly and had pre-existing conditions.