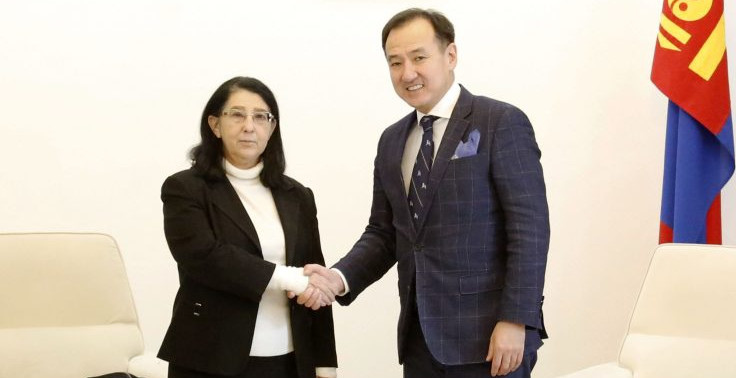 
During the meeting, the Minister introduced government’s policy and priorities and current state of foreign trade.

The sides came into agreement to make efforts in enriching bilateral relations and cooperation with economic content, producing value-added products by combining Mongolia’s leather, wool and cashmere with Italy’s high technology, and exporting to third market.

Signing of a Letter of Intent on Cooperation in Textile Industry by the two countries in February last year put a legal background to establish Mongolia-Italy Textile Technology Center in Mongolia. In this regard, the Ambassador expressed her commitment to work successively for making it real work and render support to develop a structure to identify the origin of export goods and issue a certificate of origin.

Moreover, the sides exchanged views on cultural activities to be organized within the 50th anniversary of diplomatic relations between the two countries, which falls this year.