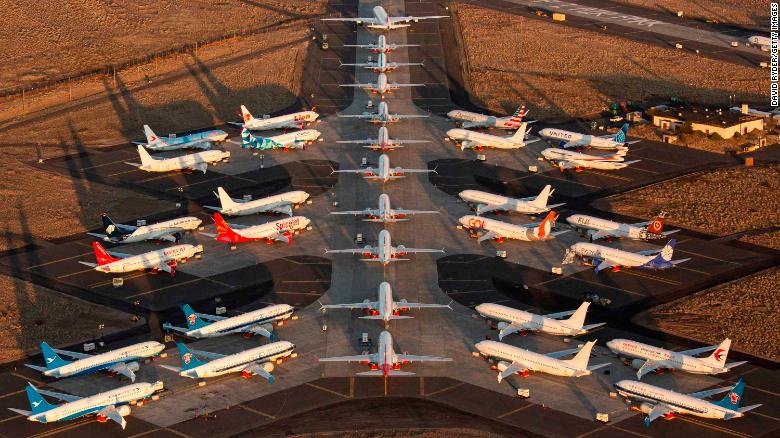 AKIPRESS.COM - The Boeing 737 Max is now on hold. The assembly line in Renton, Washington, has temporarily stopped building Boeing's bestselling plane, the company confirmed late Monday. Boeing announced plans to pause production for an undetermined period in December, but it had not previously announced a precise day for the shutdown, CNN reports.

In a statement from the Federal Aviation Administration, the administration said its first priority is safety, and it is "following a thorough, deliberate process to verify that all proposed modifications to the Boeing 737 MAX meet the highest certification standards."

It added that it is continuing to work with other safety regulators "to review Boeing's work as the company conducts the required safety assessments and addresses all issues that arise during testing."

The FAA has set no timeframe for when its work will be completed.

The 737 Max has been grounded since March following two fatal crashes that killed all 346 people on board. Although Boeing couldn't deliver the 737 Max planes to customers, the company continued to build the jets, albeit at a slightly reduced pace of 42 a month. It now has about 400 completed jets parked in Washington and Texas, waiting to be delivered to airlines around the world.