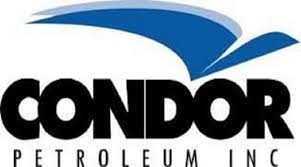 AKIPRESS.COM - Condor Petroleum Inc. has announced it will receive a further US$18.7 million of the sale proceeds for the Company’s previously announced sale of its Shoba and Taskuduk oilfields in Kazakhstan, the company reports.

In October 2019 the Company received an initial deposit of US$3.8 million of the total US$24.6 million sales proceeds. The remaining US$2.1 million is due within ten days following the signing of the addendums to the Shoba and Taskuduk production contracts by the Government of Kazakhstan, which is expected in the first quarter of 2020. All other consents and conditions for closing the transaction have been satisfied.

Don Streu, President and CEO of Condor commented “we’re extremely pleased that the Shoba and Taskuduk sales transactions are now almost complete. Having received the majority of the Kazakhstan sales proceeds, our strong balance sheet allows us to advance the Company’s strategic initiatives that include: completing a production sharing agreement for the five producing gas fields in Uzbekistan; paying down amounts owing under our existing credit facility; conducting additional activities to increase natural gas production in Turkey; and resuming Kazakhstan exploration activities once the 630 day exploration extension is formalized for the Zharkamys Contract.”