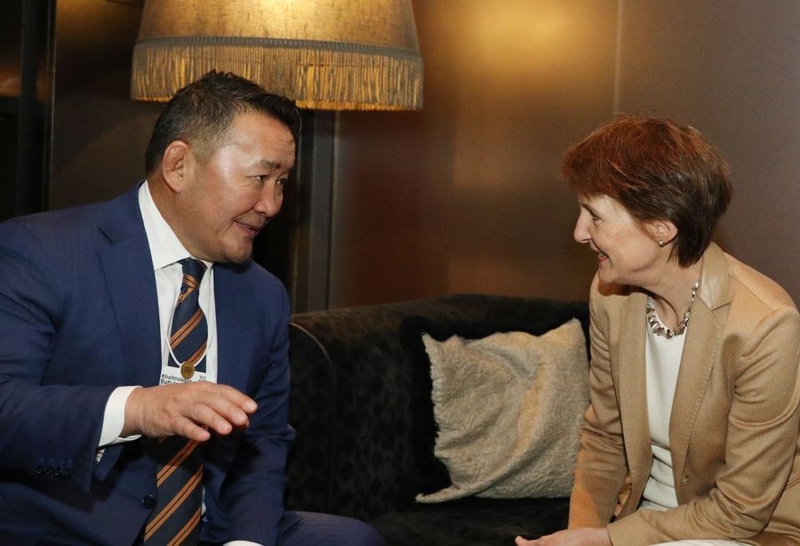 AKIPRESS.COM - On the sideline of his participation in the World Economic Forum, President of Mongolia Kaltmaagiin Battulga held a meeting with President of the Swiss Confederation, Ms. Simonetta Sommaruga, Montsame reports.


The heads of state exchanged opinions on climate change issues in Mongolia and discussed issues of joining the international union that actively works for preventing from water scarcity and increasing amount of special protected areas.

President Battulga expressed support of the initiation on bringing amount of specially protected areas at 30 percent by 2030 and voiced his willingness to expand projects being carried out by the Swiss Agency for Development and Cooperation in Mongolia on environmental protection.