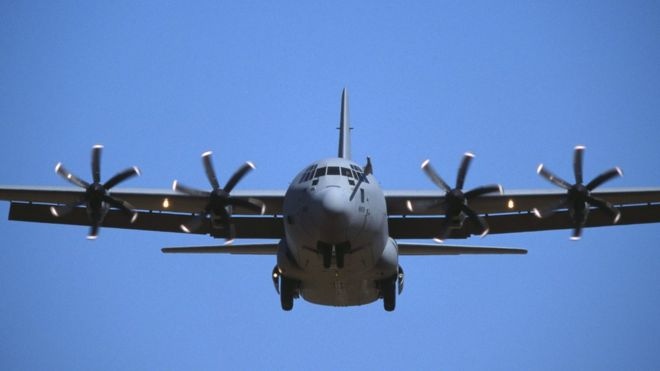 The cause of the crash is not yet known.

"Our thoughts and prayers and heartfelt condolences go to their families," she told reporters on Thursday.

The three crew members have not been identified but officials said they were US residents.

The NSW Rural Fire Service said the crew had been contracted to Australia to help fight the bushfires this season.

The Hercules C-130 water-bombing aircraft had been deployed to fight a severe blaze in the region.

More than 80 blazes are raging across the state amid a return of high temperatures and strong winds.