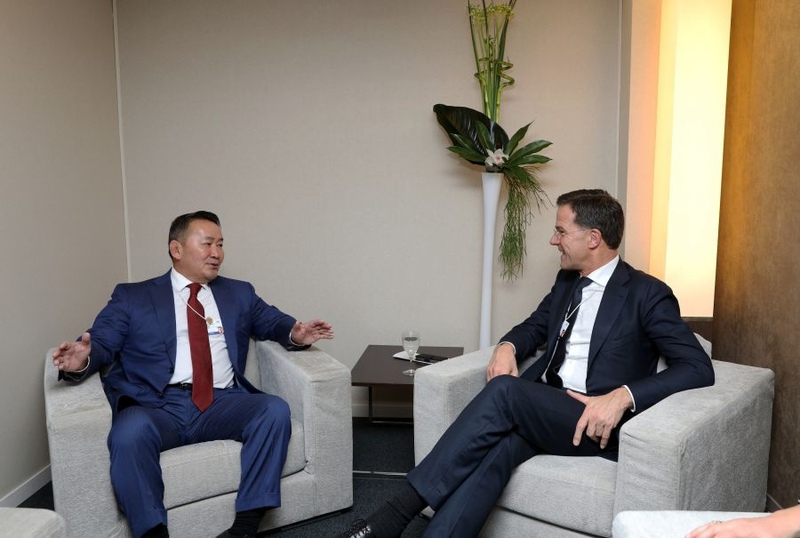 AKIPRESS.COM - Prime Minister of the Kingdom of the Netherlands Mark Rutte paid a courtesy call on the President of Mongolia Kh.Battulga, who is attending the World Economic Forum in Davos, Switzerland, Montsame reports.


The President emphasized the country’s intent to fully use cooperation potential with the Netherlands in agriculture sphere although the Netherlands is one of the countries that made huge investment in Mongolia’s mining sector. He mentioned that China, a neighbor of Mongolia, is exempting over 800 types of products from customs duty and most of them are agricultural products. “We see that this would affect positively to future trade of Mongolia”.

Since currently expanding auto road and railway infrastructure of Mongolia and its location that connects Eurasia would attract investors’ interest, the President put forwarded requests including opening Business Center of the Netherlands in Ulaanbaatar city.

Prime Minister of the Netherlands Mr. Mark Rutte expressed readiness to maintain policy on broadening bilateral cooperation in agriculture and send the country’s team to Mongolia to expand cooperation.

The sides also exchanged views on Government policies being implemented in animal husbandry, infrastructure and renewable energy sectors of Mongolia.