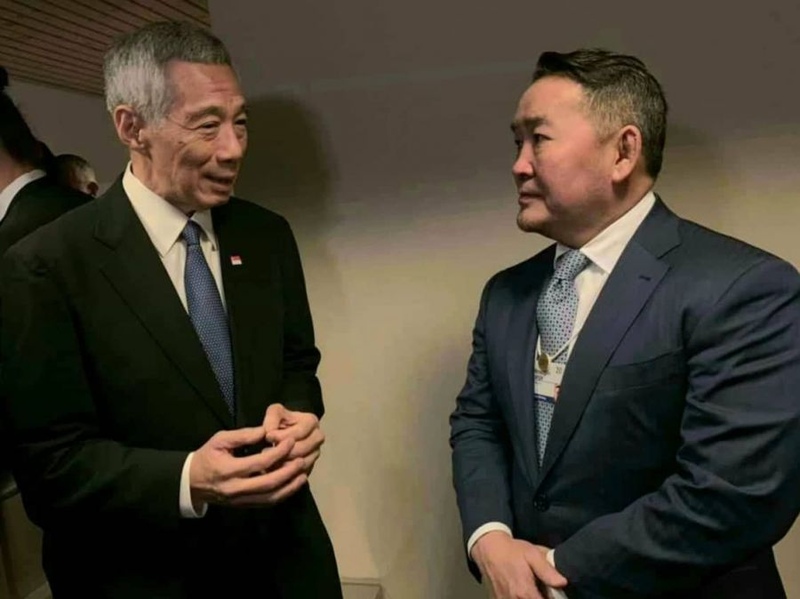 AKIPRESS.COM - President of Mongolia Khaltmaagiin Battulga met with Prime Minister of the Republic of Singapore Lee Hsien Loong, and held a brief discussion during the World Economic Forum, Montsame reported.

This year marks the 50th anniversary of the establishment of diplomatic relations between Mongolia and the Republic of Singapore.

The two discussed organizing of cultural and other events and activities in its framework. They also exchanged views on developing partnership in the sectors of trade, economy, humanitarian as well as others by expanding relations between the Governments of the two countries through mutual visits.