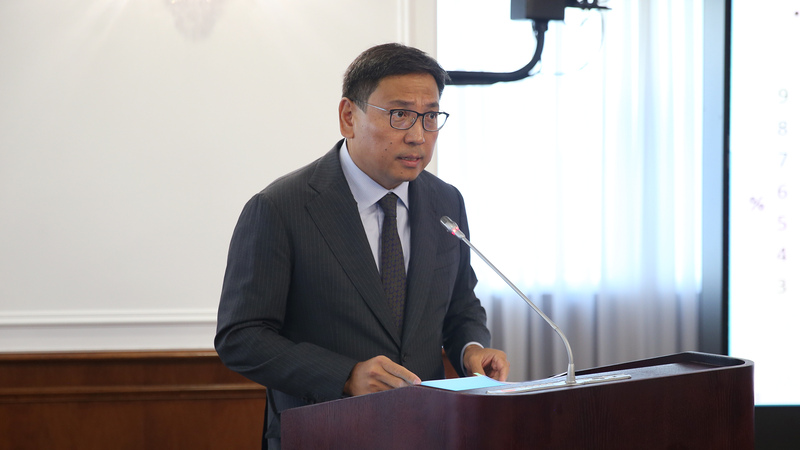 AKIPRESS.COM - Inflation in Kazakhstan in 2019 amounted to 5.4%, Chairman of the National Bank Yerbolat Dosayev said at the extended government meeting today, the press service of the PM reports.

The largest contribution to inflation was made by food products, which rose by 9.6% mainly due to bakery products and cereals (16.1%), as well as meat and meat products (13.2%). The rise in prices for non-food products and paid services was moderate, according to him.

The basic rate, as the main instrument of monetary policy, remained mainly at 9.25% with a corridor of +/- 1 pp against the background of the influence of inflationary factors associated with the expansion of consumer and investment demand.

Despite the instability of the situation on foreign markets and the decrease in the average annual oil price from $71.7 per barrel in 2018 to $64.2 per barrel in 2019, last year's gross international reserves increased by 2.3% and amounted to $91 billion, in including foreign exchange reserves — $29 billion, assets of the National Fund — $61.9 billion.

The National Bank sets the goal for 2020 to reduce inflation to a level closer to the lower border of the target corridor of 4-6%.