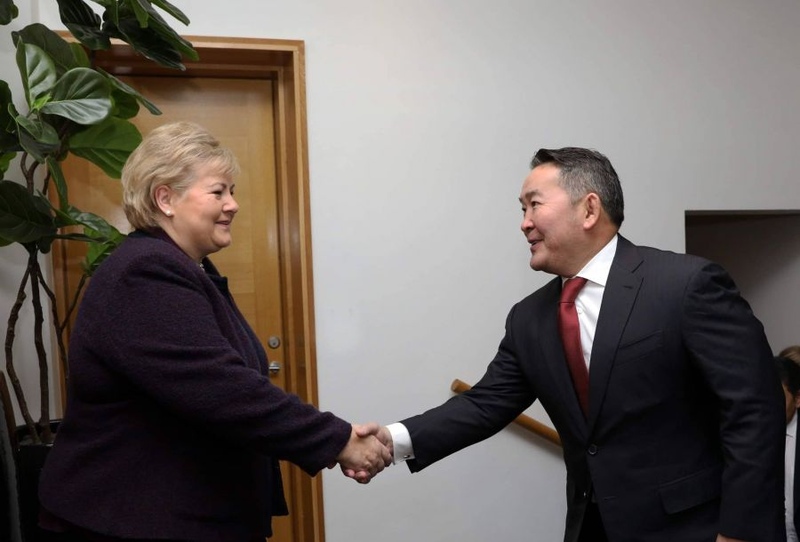 AKIPRESS.COM - President of Mongolia Khaltmaagiin Battulga, who is on working visit to the Kingdom of Norway, held a meeting with Ms. Erna Solberg, Prime Minister of Norway, Montsame reports.


Expressing his confidence that bilateral cooperation would broaden in the future, Battulga explained his visit has inseparable connection with the amendments made to the Constitution of Mongolia.

President Battulga and Prime Minister of Norway Ms. Erna Solberg thoroughly exchanged views on wealth fund issues, features of the two countries and enforcing the Law on Wealth Fund and came to a decision to collaborate on it. The sides reached to an understanding to collaborate in ways such as sending experienced experts who took part in founding the Norway's Wealth Fund and studying young Mongolian researchers in Norway.