Coronavirus in Kyrgyzstan
Support Subscribe Log in
Log in
KyrgyzstanKazakhstanMongoliaTajikistanTurkmenistanUzbekistanWorld
art & entertainmentbusinesseconomyeducationenvironmentfinanceforeign policyhealthjustice & crimelifeopinion & analysispoliticssciencesporttechnologytravel
World|health|February 5, 2020 / 08:03 PM
World still has a 'window of opportunity' to halt the spread of coronavirus 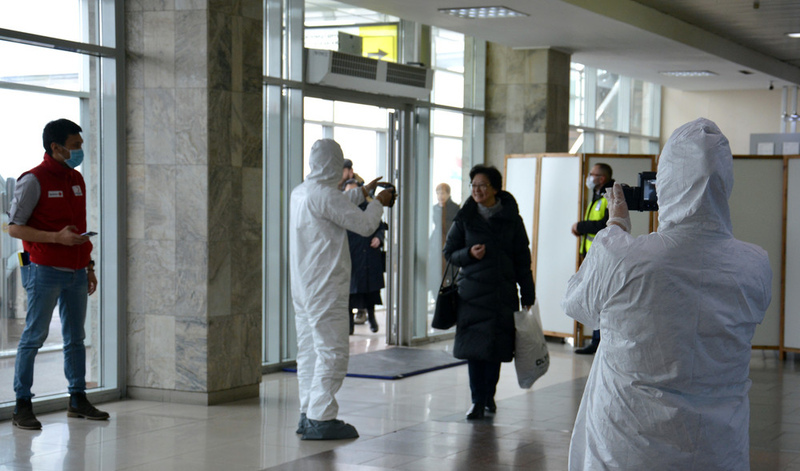 AKIPRESS.COM - The World Health Organization (WHO) says there is a "window of opportunity" to stop the deadly new coronavirus becoming a broader global crisis.

Director-General Tedros Adhanom Ghebreyesus said the steps China took to fight the virus at its epicentre were a good way of stopping its spread.

The praise comes as Chinese officials have been widely criticised for their initial handling of the outbreak.

On Tuesday alone, nearly 4,000 new cases were confirmed in the country.

The death toll has now risen to 490, an increase of 65 deaths in mainland China in one day, the latest figures from the country's National Health Commission said. All the new fatalities were in Hubei province, the centre of the outbreak.

In China alone, there are now more than 24,300 cases, with a much smaller number of cases in other countries around the globe.

Two people have died of the disease outside of mainland China - one in Hong Kong and one in the Philippines.

The WHO has declared a global health emergency over the outbreak but said it did not yet constitute a "pandemic", or the worldwide spread of a new disease.