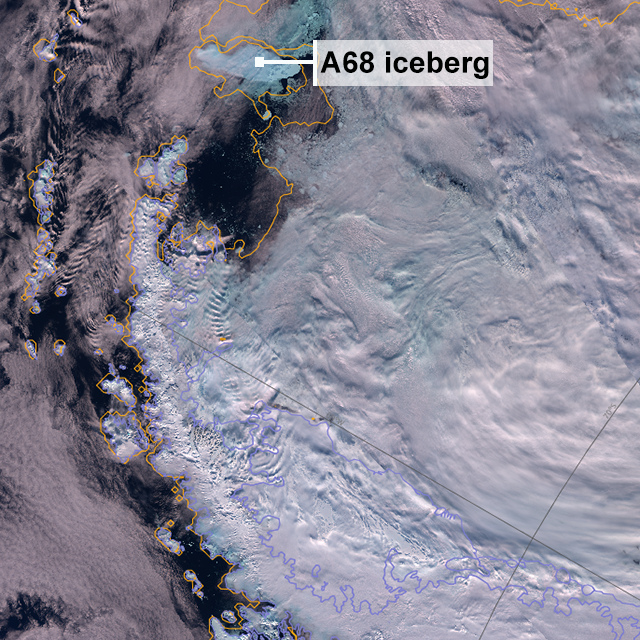 AKIPRESS.COM - A68, a colossus that broke free from the Antarctic in 2017, has pushed so far north it is now at the limit of the continent's perennial sea-ice, BBC reports.

But scientists say A68 will struggle to maintain its integrity when it reaches the Southern Ocean's rougher waters.

"With a thickness to length ratio akin to five sheets of A4, I am astonished that the ocean waves haven't already made ice cubes out of A68," said Prof Adrian Luckman from Swansea University, UK.

"If it survives for long as one piece when it moves beyond the edge of the sea-ice, I will be very surprised," he told BBC News.