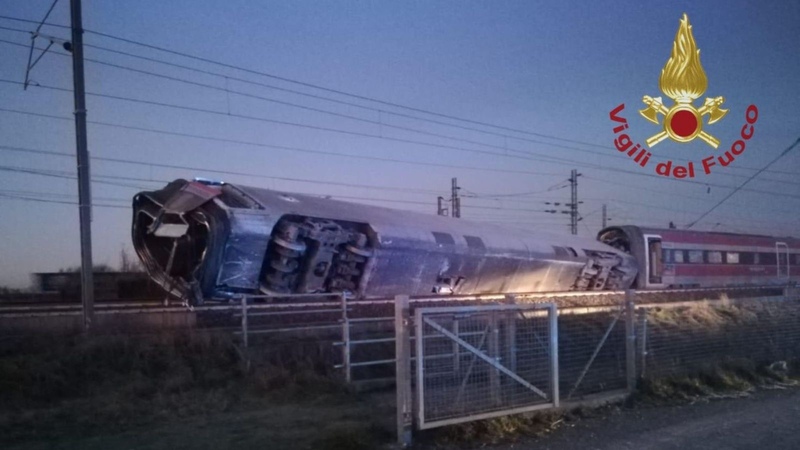 AKIPRESS.COM - At least two people have died and 27 injured after a high-speed train derailed near the northern Italian town of Lodi, Sky news reports.


The train left the rails and hit another on an adjacent track, civil protection chief Angelo Borrelli told state radio.

Italian media said both people killed are understood to be train workers, while Mr Borrelli added that two of the 27 injured were in a serious condition.

The train involved had departed from Milan at 5.10am and was heading to Bologna when it derailed.

The popular high-speed service is known as Frecciarossa, or Red Arrow.

Police said traffic on the line between Milan and Bologna is being disrupted by the incident.

The cause of the crash is so far unclear.