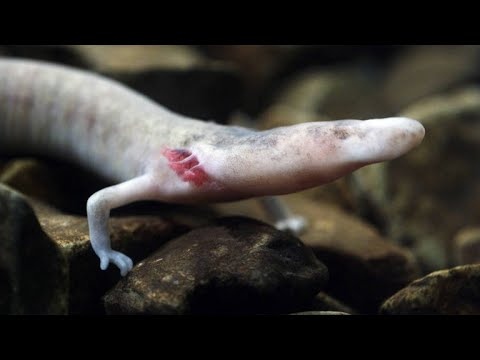 AKIPRESS.COM - Not many creatures can go without food and movement for years. But a cave salamander called an olm (Proteus anguinus) may be the new record holder for doing pretty much nothing for years on end, while still staying alive.

Scientists from the UK and Hungary found that olms living in caves in Bosnia-Herzegovina barely moved -- less than 32 feet (10 meters) in total -- over a span of 10 years. One particular specimen didn't budge for seven years, according to a new study published in the Journal of Zoology, CNET reports.

These blind creatures can live in complete darkness underwater for up to a century, have no predators and can go without food for many years. In fact, olms can slow down their metabolism at such a rate they can survive off of one meal for a decade.

When they do decide to eat, olms nibble on small shrimps and snails, which they find through their acute hearing abilities. Olms also are motivated to move when they mate, usually every 12.5 years.

For over eight years, divers studied the olms in their natural habitat in Herzegovinian underwater caves. To collect data, divers would catch the olms by hand, mark them, then replace them in the same spot they were taken from.

During their research to determine the creatures' movements and spacial patterns, the divers noticed that the unusual amphibians weren't doing much of anything, including moving.