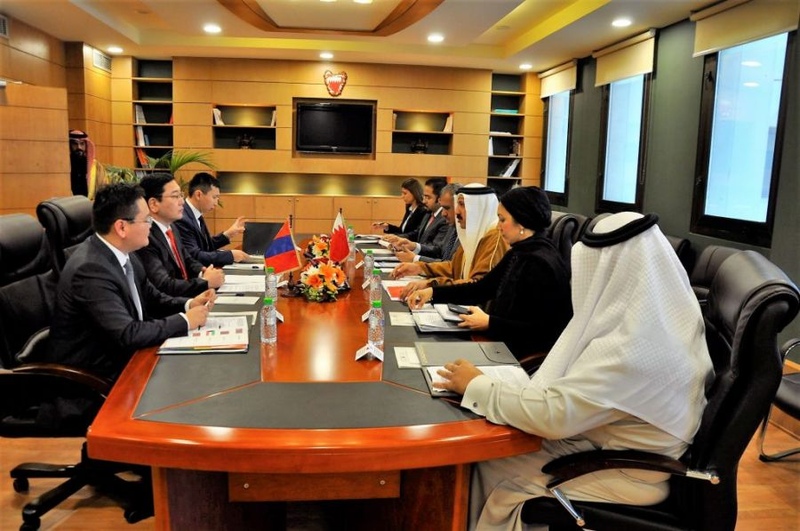 AKIPRESS.COM - State Secretary of the Ministry of Foreign Affairs of Mongolia D.Davaasuren attended the first consultative meeting between the Foreign Ministries of Mongolia and Bahrain in Manama, the capital city of Bahrain on February 5-6, Monstame reported.


At the meeting with Dr. Shaikh Abdulla bin Ahmed Al-Khalifa, Undersecretary of International Cooperation of the Foreign Ministry of Bahrain, the sides thoroughly exchanged views on current state of bilateral cooperation and further prospects.

They discussed issues of carrying out high-level reciprocal visits and regularizing consultative mechanism between the Foreign Ministries and activating cooperation in the fields of tourism, culture and education.

The sides agreed to cooperate in founding inter-governmental higher commission, mutually exempting diplomatic and official passport holders from visa requirements and establishing cooperation document between the National University of Mongolia and the University of Bahrain respectively.