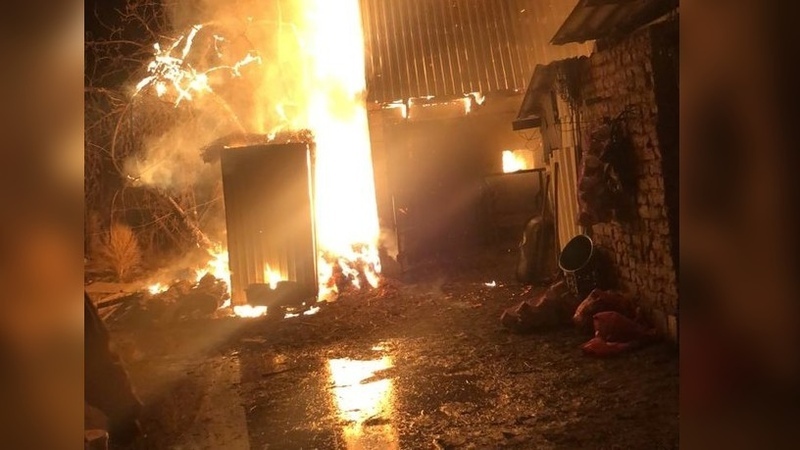 AKIPRESS.COM - Eight people were killed and several dozens were injured in the result of the mass disorders that happened in Kordai district of Kazakhstan last night.

The conflict has occurred between villagers, two ethnic groups - Kazakhs and Dunghans.

The villages hit by unrest lie in a close proximity to the border with Kyrgyzstan, Kyrgyz town of Tokmok and these villages are separated by the Chu river.

The official version is a brawl caused by domestic matters.

"A group fight on hooligan motives occurred in Kordai district. Provocateurs attempted to take advantage of the situation. The police normalized the situation. It is under control. Those guilty of disturbance of public order will be held accountable," President of Kazakhstan Kasym-Jomart Tokayev said several hours after the conflict.

In reality, the domestic conflict overgrew into the local ethnic conflict. Hundreds of families had to flee to the neighboring Kyrgyzstan.

There is no accurate information on causes of the conflict yet, but social media shared the following version. After the conflict on the road to Sortobe village, mainly populated by Dunghans, the road police arrived. In the course of clashes police officers were beaten up.

The video of the situation was actively shared by social media users. The calls were made by the Kazakh part of the population for rallying. Dozens of men gathered in the neighboring village of Masanchi. The brawl occurred then. The riots started in the evening. A similar situation was observed in Aukatty and Bular-Batyr villages.

Dunghans make 90% of population in Masanchi village. The riots were targeted at properties: houses, stores, cafes were set on fire. Vehicles and windows of buildings were smashed. According to numerous videos shared in the first few hours of the conflict, the fire was opened from both sides. 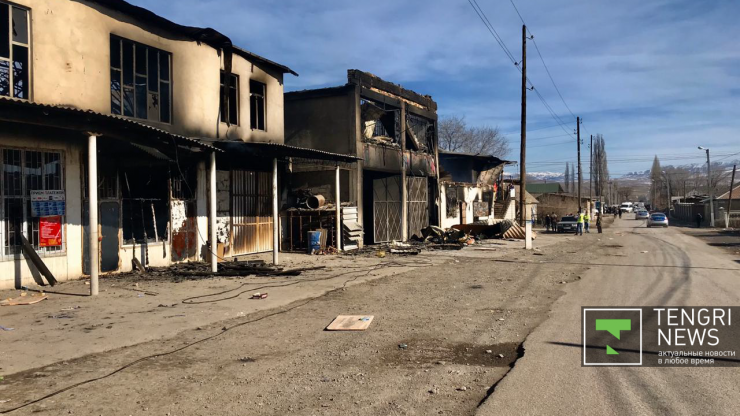 The law enforcement agencies gained control of the situation only in early hours of February 8.

The Kazakh authorities blamed provocateurs for turning a conflict on domestic matters into the ethnic conflict.

Shortly after outbreak of the conflict, the Border Service of Kyrgyzstan stepped up security measures on the borders.

Aukatty, Bular-Batyr, Sortobe and Masanchi villages lie along the border with Kyrgyzstan. Sortobe borders with Tokmok. The rest villages are 7-8 km away. These villages and Tokmok are separated by the Chu river and 2 border crossing points - Ken-Bulun and Tokmok.

Dunghans live in Kyrgyzstan's Chui and Issyk-Ata districts bordering with Kazakhstan. They maintain close ties with Dunghans living to the other side of the border.

Villagers from Kazakhstan arrived to the border crossing points with Kyrgyzstan some time after start of the conflict, mostly women and children.

Dunghan diaspora has asked Kyrgyzstanis to provide support to those crossing into Kyrgyzstan.

Kyrgyzstan has not closed the border crossing points and citizens of Kazakhstan cross into Kyrgyzstan. Volunteers provide support to refugees, distributing water and food products.

The Ministry of Health of Kyrgyzstan said on February 8 that 18 people injured in the disorders visited the Tokmok hospital, 17 citizens of Kazakhstan and 1 citizen of Kyrgyzstan among them.

Why this has happened?

The reasons why the minor conflict turned into large-scale ethnic riots are same for Kazakhstan and Kyrgyzstan. Here there are issues of distribution of land, water, demography, split of the society into rich and poor, marginalization. The population is growing and the shortage of land is becoming worse and worse.

Dunghans are engaged in cultivation of crops. A part of fertile land in those areas belong to them. Many workers are needed to work on the fields, this is why Dunghans hire workers among Kazakhs and Kyrgyz.

Dunghans are successful in trade, agriculture and some of them in fuel smuggling. Some don’t like that and use any cause to stir unrest and incite hatred. The discontent is growing for years and erupts in conflict one day.

Similar incidents occur on the territory of Kyrgyzstan. One of such incidents was a conflict in Iskra village several years ago. The minor conflict between teenagers turned into massive disorders, luckily, without victims.

That time Kyrgyzstan managed to extinguish conflict on time, but its causes are still there…