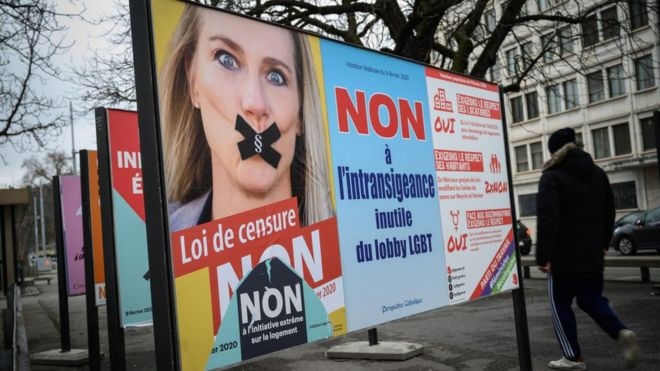 AKIPRESS.COM - Voters in Switzerland have backed a proposal to make discrimination on the basis of sexual orientation and sexual identity illegal.

It had argued Swiss law on the issue lagged far behind other countries in Europe. Opponents of the new law argued it could restrict free speech.

In Switzerland, discrimination because of race or religion is already illegal.

In the run up to the vote, campaigners had said they thought the result would be tight, and that a yes vote of more than 60% was unlikely.