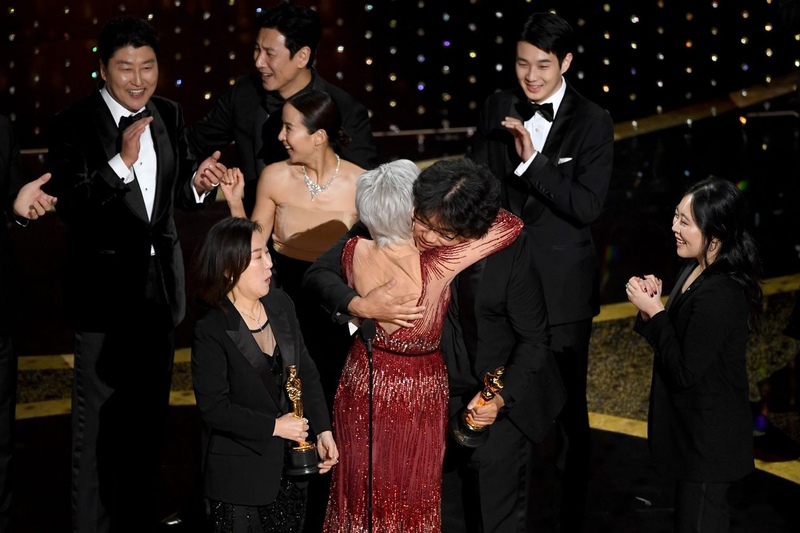 AKIPRESS.COM - The South Korean film “Parasite” won best picture at the 92nd Academy Awards, becoming the first ever non-English-language film to seize the top honor, the US media report.

The historic victory marked the fourth win of the night for the film, which mined suspense, humor and anguish in its tale rooted in the socioeconomic divide between two families.

“Parasite,” which was one of only 10 foreign-language films in Oscar history nominated for best picture, also won best international feature film, original screenplay and director for filmmaker Bong Joon Ho. He used one of his acceptance speeches to thank fellow nominees, including Martin Scorsese and Quentin Tarantino.

The thriller beat the odds to win best picture over strong contenders, especially “1917,” a box-office hit with a string of conquests at previous award shows. That World War I drama directed by Sam Mendes won three Oscars—for cinematography, sound mixing and visual effects.