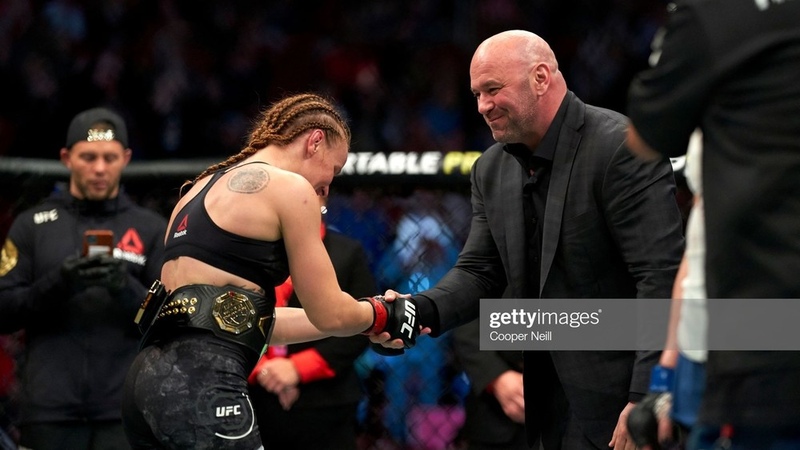 AKIPRESS.COM - Six months after a lackluster title defense in Uruguay, Valentina Shevchenko went back to “gangster” mode at Saturday night’s UFC 247, dominating and finishing Katlyn Chookagian by technical knockout in the third round in Houston, MMA Fighting reports.

“She’s so awesome, she’s such a professional and such a good human being on top of it,” White said at the post-fight press conference at the Toyota Center. “The end of the day, man, she’s a gangster. That woman is an absolute gangster. When you got a gun tattooed on your hip, you’re somebody not to be f*cked with, you know what I’m saying?”

White wouldn’t commit on saying who will be the next woman in line for the flyweight championship, but noted that Shevchenko was “so impressive and she looked so good tonight, and I look forward to seeing her next fight.”