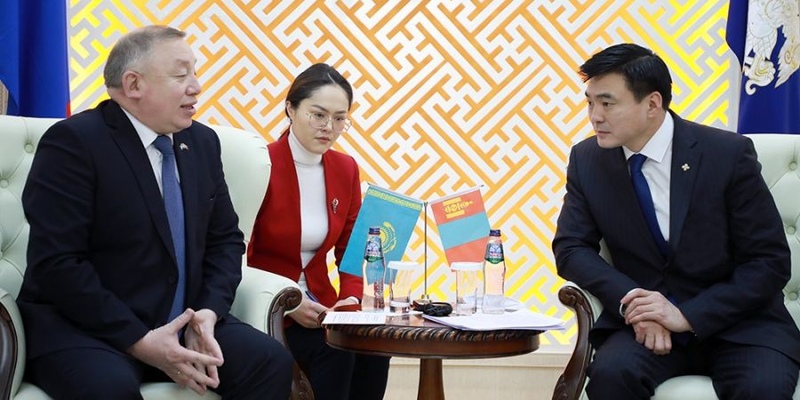 
The Ambassador expressed his readiness to realize the important agreements of Prime Minister of Mongolia U.Khrurelsukh signed during his visit to Kazakhstan last year and stressed the importance of promptly opening a street named after Nur-Sultan as discussed during Ulaanbaatar General Manager T.Gantumur’s November 2019 visit to the capital of Kazakhstan. He also proposed promoting win-win tourism cooperation with Ulaanbaatar.

Expressing his hope that the signing of a sister city agreement between Ulaanbaatar and Nur-Sultan will help elevate bilateral trade and economic cooperation, Amarsaikhan supported the Ambassador’s proposal to focus on tourism in order to expand cooperation and suggested learning from one another’s policies on urban planning, green space, and housing.

The Governor also noted the city government will begin the establishment of Nur-Sultan Street in downtown Ulaanbaatar this spring.

The sides exchanged views on the projects planned for 2020 and agreed to promote cooperation in tourism.