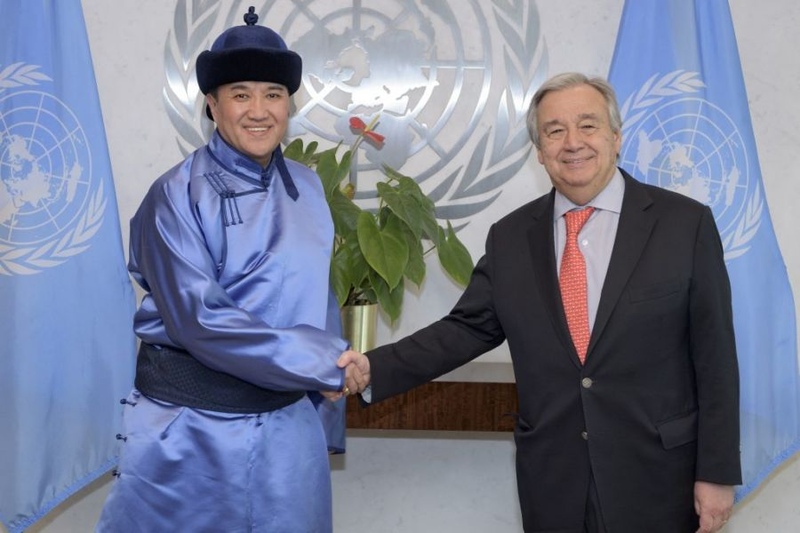 AKIPRESS.COM - Permanent Representative of Mongolia to the United Nations V.Enkhbold on Feb 20 presented his Letter of Credence to the UN Secretary-General Antonio Guterres and exchanged views on bilateral relations and cooperation, Montsame reported.


Mr.Enkhbold expressed appreciation for the continued support of the UN to Mongolia to implement its socio-economic and development goals. Expressing his full support for the Secretary-General’s reform agenda, he conveyed greeting from Mongolian President Kh.Battulga, Prime Minister U.Khurelsukh, and Minister of Foreign Affairs D.Tsogtbaatar, reaffirming the invitation for Mr. Antonio Guterres to visit Mongolia.

For his part, the Secretary-General Antonio Guterres noted that Mongolia is actively cooperating with the UN by effectively implementing the Agenda 2030 for Sustainable Development, contributing to the UN peacekeeping operations and exerting its efforts to build peace and security in Southeast Asia.

V. Enkhbold is the 16th Permanent Representative of Mongolia to the United Nations.