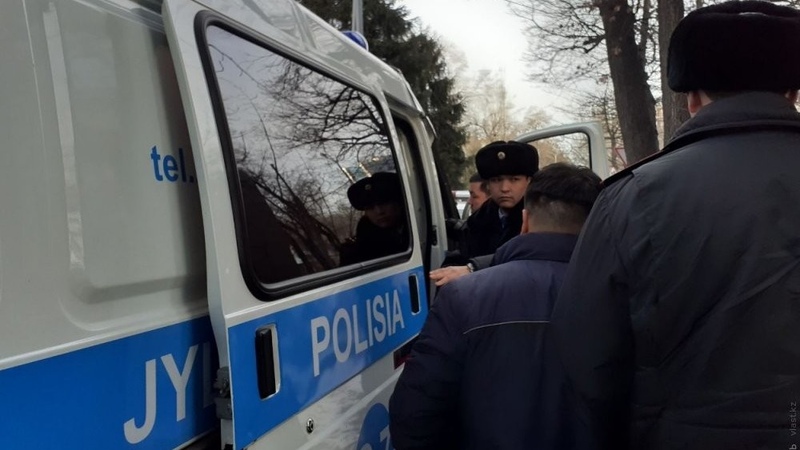 AKIPRESS.COM - Some 70 members of the Democratic Party in the process of creation were detained when leaving the hostel in Almaty on their way to the Astana Square, where the party's rally was planned, Vlast outlet reports.

The Democratic Party plans to hold a rally in Almaty on Saturday, February 22. Previously, the congress of the party was planned for that day, but it was disrupted by the detention of dozens of party supporters on their way to the congress in Atyrau, Aktau, Uralsk, Zhanaozen, Karaganda and other regions.

After that Mamay called his party members to gather for a rally against political repression.