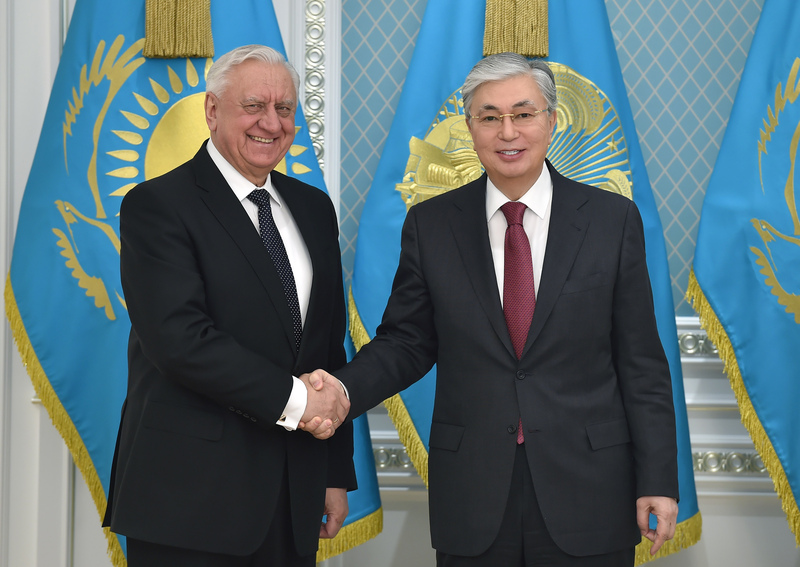 AKIPRESS.COM - President of Kazakhstan Kassym-Jomart Tokayev received the new Chairman of the Board of the Eurasian Economic Commission (EEC) Mikhail Myasnikovich, Akorda reported.


The two discussed development of the Eurasian Economic Union, including Kazakhstan's interaction with the EEC

Tokayev recalled that the agreement on the establishment of the Eurasian Economic Union created on the initiative of the First President of Kazakhstan Nursultan Nazarbayev and was signed 5 years ago in the capital of our country.

Myasnikovich thanked the President for confidence shown in considering his candidacy for the position of Chairman of the EEC. He also spoke about the priorities of his work in new tenure.