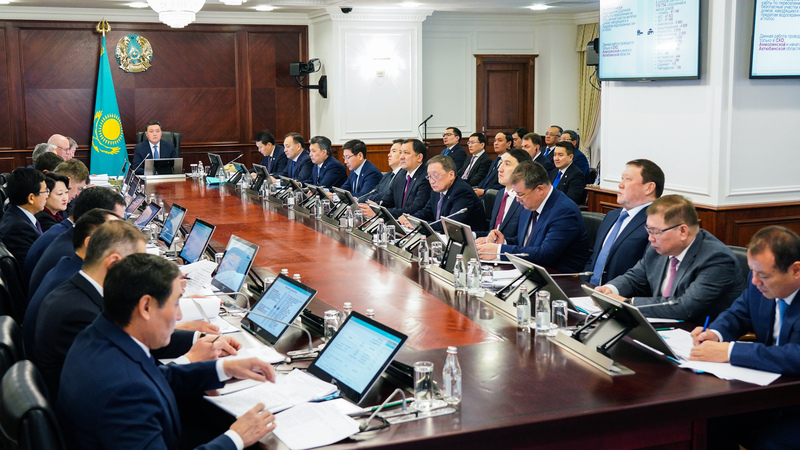 AKIPRESS.COM - The government of Kazakhstan under chairmanship of Prime Minister Askar Mamin discussed preparedness for the upcoming flood period, the press service of the PM said.


Minister of Interior Yerlan Turgumbayev reported on the preflood situation and the measures taken to prevent and eliminate flood threats.

A constant monitoring is carried out on 464 hazardous sections of roads, 66 bridges and 852 culverts, where 883 pieces of road maintenance equipment are provided. Daily patrolling of roads and road structures is carried out.

Mamin ordered the Ministry of Industry and Infrastructure Development to organize round-the-clock monitoring of the prevention of overflows on republican highways and railway lines, to ensure that flood waters pass through culverts.

As the mass media were not included in the list of permitted activities during the state of emergency in Kyrgyzstan, AKIpress apologizes to its readers for reduced promptness and coverage of news.
Related content
Severe flooding expected in Kazakhstan in mid-March
108 villages at flood risk in East Kazakhstan region
Kazakhstan develops hazard map of areas vulnerable to emergency situations the most