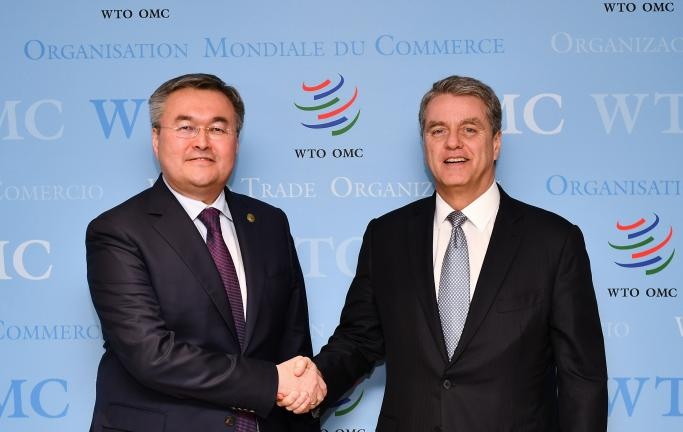 AKIPRESS.COM - On the sidelines of the UN Human Rights Council, Foreign Minister of Kazakhstan Mukhtar Tileuberdi held a number of bilateral meetings, the Kazakh MFA reports.

At the meeting with Director General of the World Trade Organization (WTO) Roberto Azevêdo, the sides discussed preparations for the 12th WTO Ministerial Conference in Nur-Sultan, which will be held this June.

During the talks with Director General of the UN Office in Geneva Tatiana Valova, the two exchanged views on cooperation between Kazakhstan and the UN organizations in Geneva.

The Foreign Minister also met with heads of the foreign affairs ministries of Switzerland, Ignazio Cassis, and Finland, Pekka Haavisto, to discuss issues of bilateral and multilateral cooperation.