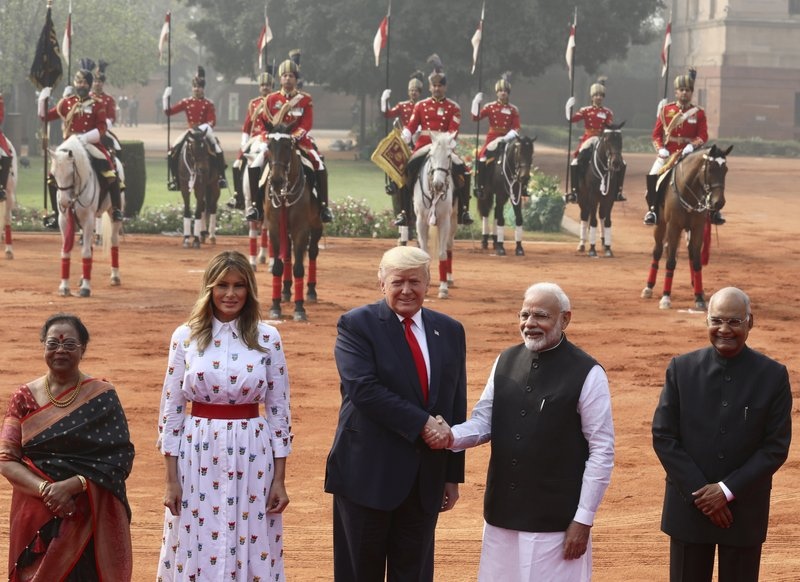 AKIPRESS.COM - President Donald Trump is calling his trip to India “unforgettable,” “extraordinary” and an expression of “love” as he delivers a joint statement with Indian Prime Minister Narendra Modi following their bilateral talks, AP New reported.

Trump announced that India has signed a deal to purchase more than $3 billion of advanced military equipment, including helicopters. And he says the two leaders made progress on what he describes as a “comprehensive trade deal” after talks.

Trump also says he and first lady Melania Trump “have been awed by the majesty of India” and will ”always remember the magnificent welcome” they received upon their arrival.

Modi, meanwhile, says the two had a productive exchange on issues including defense cooperation, energy and technology and said talks will continue.

He says that he and Trump have now met five times over the past eight months and said ties between the two nations is the “most important partnership of the 21st century.”