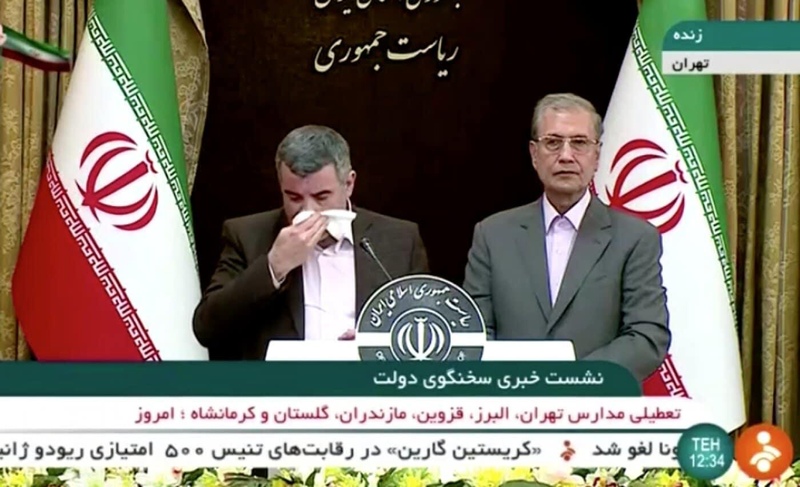 AKIPRESS.COM - Iran’s deputy health minister Iraj Harirchi said he has contracted the coronavirus and placed himself in isolation, a day after appearing feverish at a press conference in which he downplayed its spread in the shrine city of Qom and said mass quarantines were unnecessary, Guardian reports.


Iraj Harirchi posted a video on social media on Tuesday acknowledging he had caught the virus, which appears to be taking rapid hold in parts of Iran. The news has underscored widespread fears that the outbreak may have passed a tipping point, before authorities had been able to gauge its full extent.

Images of one of the country’s most senior public health officials appearing sweaty and pale and acknowledging he had contracted the disease left many Iranians deeply troubled and are likely to further paralyse a county reeling from its rapid onset. In the short video, Hirachi acknowledged that “many may get infected” echoing concerns that have taken root in the rest of the Middle East, which is home to millions of people living in densely packed refugee camps.

Iran has become the regional focal point of fears surrounding coronavirus. Neighbouring states have largely shut their borders and suspended pilgrimage routes. Schools and universities in many parts of the country have been closed. Four new cases were suspected to have been diagnosed in the Iraqi city of Kirkuk on Tuesday. If confirmed, it would take the national tally to five cases, a number that is widely expected to rise, possibly substantially, in the coming days. Afghanistan, Bahrain, Kuwait and Oman also reported their first new coronavirus cases, all in people who had been to Iran.