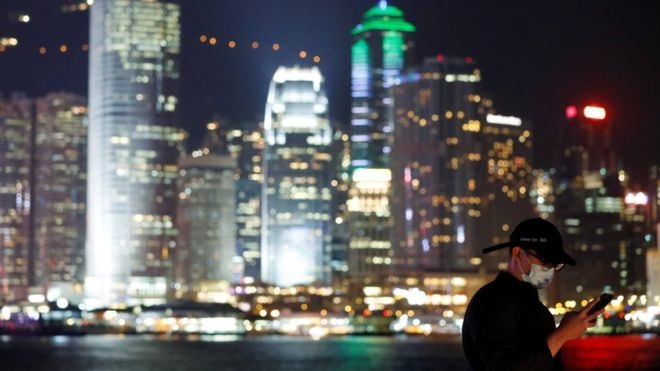 The territory's economy has been battered by months of violent political unrest, and more recently suffered from the impact of the coronavirus.

The city has had 81 confirmed cases of the virus and two deaths.

"After careful consideration, I have decided to disburse HK$10,000 to Hong Kong permanent residents aged 18 or above, with a view to encouraging and boosting local consumption on the one hand, and relieving people's financial burden on the other," Mr Chan said.

The individual handouts are part of a HK$120bn relief package to ease the impact of the protests and virus on the economy.

Authorities will also lower public housing rent and there will be rebates in salary and property taxes.

The budget deficit is projected to rise to nearly $18bn by 2021 - a record for the territory.