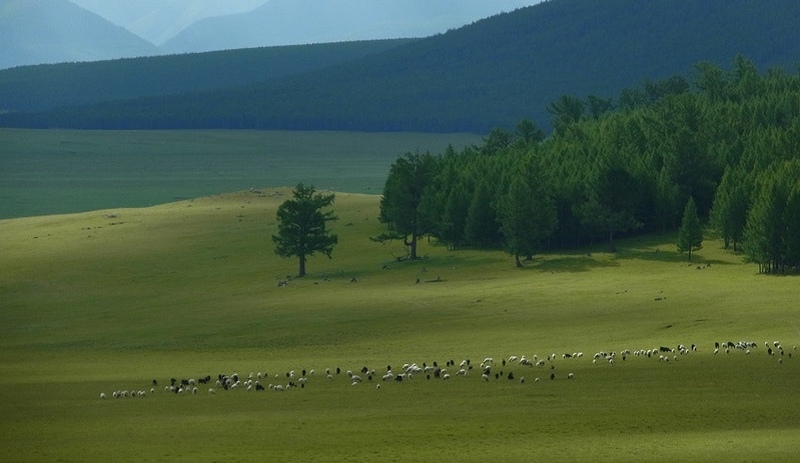 AKIPRESS.COM - Ancient Mongolian kingdoms may have been more sophisticated than history has credited them for, Cosmos  magazine reports with reference to a study of the journal Scientific Reports.

The paper presents evidence that their diets relied heavily on millet, indicative of complex economies that helped sustain their colossal expansion.

“Mongolia’s past empires have long been portrayed as groups of violent, horseback riders thought to be exceptions to the established ideals of what makes an ‘empire’,” says lead author Shevan Wilkin from the Max Planck Institute in Germany.

But their economies are poorly understood as extreme winds in the historic Mongolian landscape have blown away sedimentary evidence of human activity, thwarting archaeological explorations.

Wilkin and a multidisciplinary, international team used stable isotope analysis of fragmented teeth and rib bones of 137 previously excavated individuals who lived between 4500 BCE to beyond the Medieval Mongol empire (ca. 1300 AD) to shed light on their shifting diets through the millennia.

“This method uses the principal ‘you are what you eat’ to study how the biochemical signatures of people’s bones changed in response to changing diets,” she explains.

Before empires emerged in the Bronze Age, animal products – meat and milk – from domestic and wild animals appear to have featured heavily on the menu of most people, with very little plant food such as domesticated millet.

However, the researchers found clear evidence of increasingly diverse diets including high consumption of millet or millet-based foods, showing “previously unseen shifts in diet” during the rise of the formidable Xiongnu and Mongol empires.

Combined with multiple lines of evidence from archives, ancient farming tools and grain botanic remains, the discovery suggests that, although the empires relied heavily on dairy pastoralism, they also exploited local and imported grains to maintain food surpluses, Wilkin says.

“Namely, instead of roving hoards, these empires were supported by pastoralists and farmers practising different subsistence strategies that provided strength in diversity.”

“Instead of being starkly different to other empires around the world,” says Wilkin, “this suggests that grain surpluses were also important to the Mongolian Empires that were seeking to support expanding territories and populations.”

Co-author Bryan Miller notes also that the evidence suggests they were like most empires.

“In this regard,” he says, “this study brings us one step closer to understanding the cultural processes that led humanity into the modern world.”