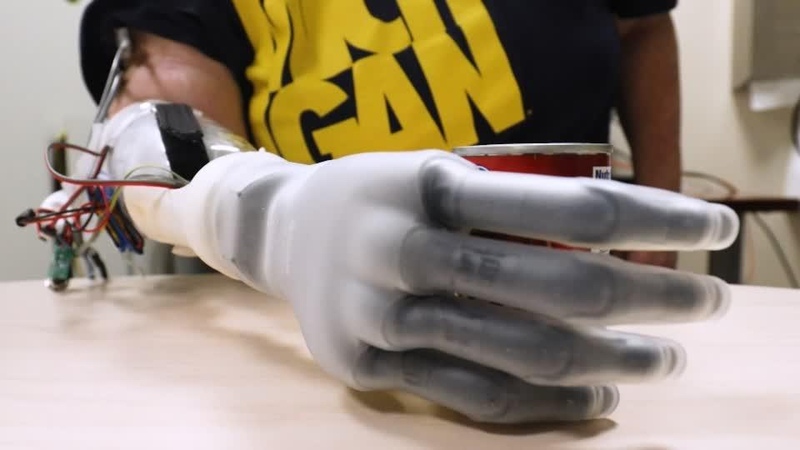 In an innovative experiment, scientists have shown that the nerves in patients’ arms can be trained to control the movements of prosthetic fingers and thumbs, Reuters reports

“This is the biggest advance in motor control for people with amputations in many years,” said Paul Cederna, a professor of plastic surgery and biomedical engineering at the University of Michigan.

A challenge to powering prosthetics has been the minute signals put out by an amputee’s nerves. Cederna’s team boosted the signal by wrapping tiny bits of muscle around nerve endings, according to their study published in Science Translational Medicine.

As the nerves grow into the muscle, the person’s thoughts can create a muscle twitch that produces a signal big enough to be picked up by tiny wires connected to a nearby computer, which tells the prosthetic hand to move.

“Our ultimate goal is to have prosthetic limbs that the person views as a part of their body,” Cederna said.

Participants were able to pick up blocks with a pincer grasp, move their thumb in a continuous motion, lift spherical objects, and even play in a version of Rock, Paper, Scissors, according to the study.

The approach is an “exciting innovation,” but no one can predict when it will be marketable, said David Putrino, co-director of the abilities research center at Mount Sinai Hospital in New York. “Currently it takes 17 years to get something (from the lab) out into clinical practice,” he said.