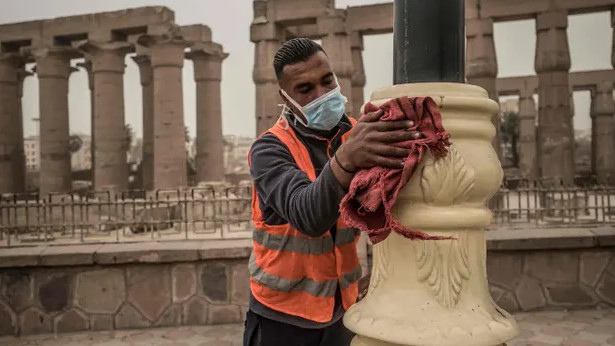 AKIPRESS.COM - Egypt is likely grappling with a higher rate of coronavirus infections than official figures, The Guardian reports citing a research by Canadian disease specialist.

At least 97 foreign nationals who visited Egypt since mid-February showed symptoms or tested positive for Covid-19 on return home, according to public health data and news reports. Most spent time on Nile cruises believed to be the source of the outbreak in the southern city of Luxor, a tourism hotspot.

Egyptian officials say that an additional 126 foreign nationals and Egyptians have tested positive for the coronavirus since mid-February. This includes a 60-year-old woman declared dead on Thursday in the Nile Delta city of Mansoura, 465 miles from Luxor.

Her death, the first of an Egyptian citizen during the current epidemic, came a week after officials removed 45 passengers from the Asara cruise ship later quarantined in Luxor. Some 82 passengers left quarantine on board the ship and travelled home just days later, after officials from Egypt’s ministry of health flew to Luxor to screen 558 more people – all tested negative. A further 27 people initially diagnosed with the virus retested negative, they added.

Egypt has a population of 100 million people, where 95% live on roughly 5% of the land, a challenge for practising social distancing. The government has taken steps to handle the problem, including shortening prayer times and announcing a £5.2bn fund to combat the “consequences of the virus”. But it has also sought to control the narrative, even as nearby countries banned entry from Egypt.

Doctors and pharmacists who spoke with the Guardian doubted that Egypt’s public healthcare system is prepared for the impact of Covid-19. Pharmacists, often many Egyptians’ first choice for medical advice, said many fear being diagnosed.

“I saw a couple of cases, where people come with cold symptoms, and they are afraid to say that they suspect it’s coronavirus,” said one operating in Cairo who declined to give his name. “Since there is no manual or information from the authorities on what to do if you are around someone with symptoms, lots of people just take doses of antibiotics, so they are stable for a couple of days. Then they get sick again.”