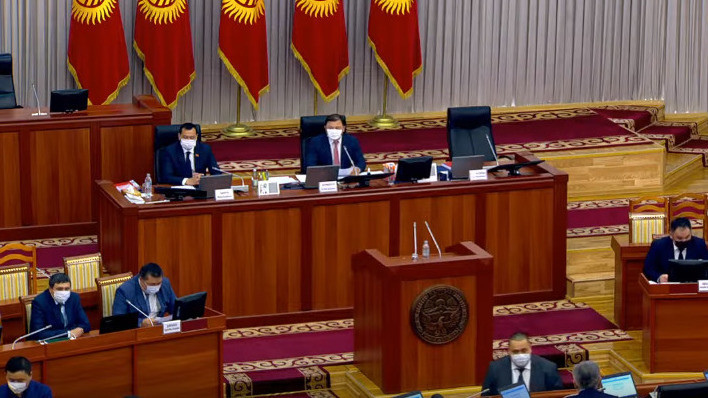 AKIPRESS.COM - The Parliament of Kyrgyzstan today approved the order of President Sooronbai Jeenbekov on declaration of the state of emergency in Bishkek, Osh, Jalal-Abad and Nookat and Kara-Suu districts of Osh region, Suzak district of Jalal-Abad region.