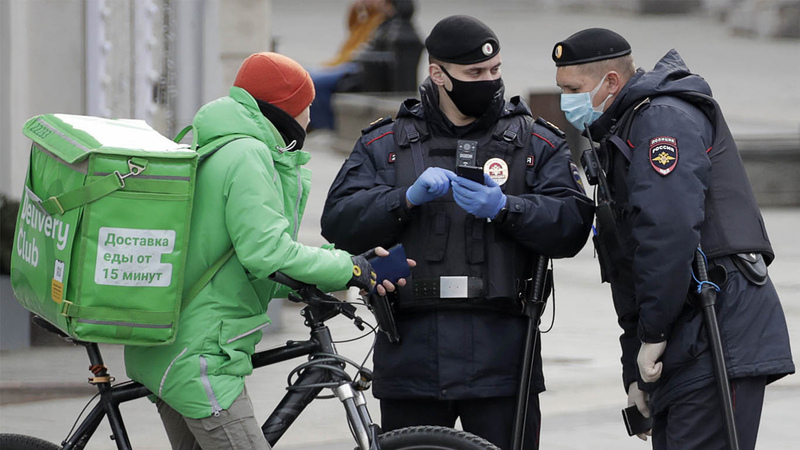 On Sunday, the head of Russia's public health watchdog, Anna Popova, said the growth of new coronavirus cases in Russia is stabilizing.

Over the past 24 hours, 127 people have died, bringing the total toll to 3,099 — a rate considerably lower than in many other countries hit hard by the pandemic.

Russia has recorded far fewer deaths than other countries with large outbreaks, but critics have cast doubt on the low official mortality rate and accused authorities of under-reporting in order to play down the scale of the crisis.

Russian health officials say one of the reasons the count is lower than in the United States and parts of western Europe is that only deaths directly caused by the virus are being included.

Authorities also say that since the virus came later to Russia, there was more time to prepare hospital beds and launch wide-scale testing to slow the spread.