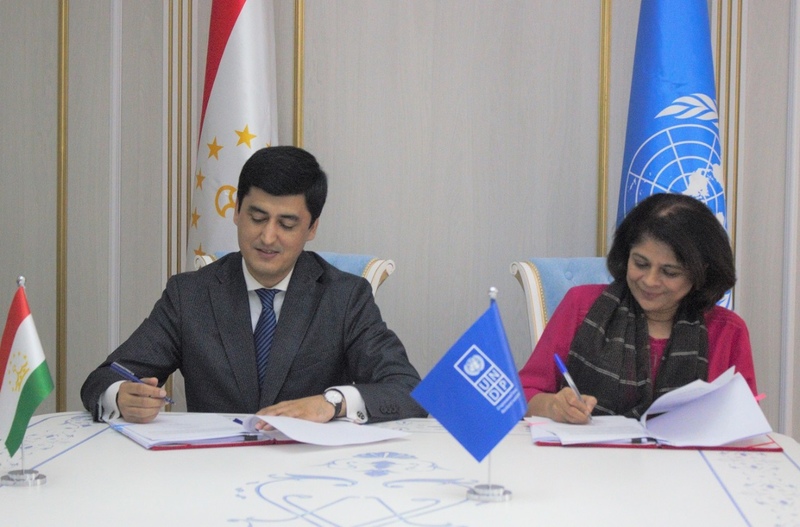 AKIPRESS.COM - The United Nations Development Programme (UNDP) and the Committee for Environmental Protection under the Government of the Republic of Tajikistan signed an agreement on June 11 to launch a new project aiming for integrated landscape approach to enhancing the climate resilience of small-scale farmers and pastoralists in Tajikistan.

UNDP has leveraged 9.2 million US dollars from the Adaptation Fund, which aims to support vulnerable communities in developing countries to adapt to climate change, for this project.

Tajikistan is the most climate-vulnerable country in Central Asia. Extreme rainfall events have become more frequent and intense, while the rainfall season has shortened in many parts of the country, air temperatures have risen markedly, and glacial melting is accelerating.

The landscapes in Tajikistan are affected by harsh climatic processes which degrade their health and function. The goal of the “Integrated landscape approach to enhancing the climate resilience of small-scale farmers and pastoralists in Tajikistan” project is to reduce both natural and manmade degradation processes to preserve the climate and help people living near the country’s river basins be more equipped to withstand climatic shock.

The project will be implemented by the Committee for Environmental Protection of the Government of the Republic of Tajikistan in close collaboration with the Agency for Hydrometeorology, Ministry of Energy and Water Resources, Agency for Land Reclamation and Irrigation, and local authorities in project target districts, namely Vakhdat, Faizobod and Varzob in the north; and Nosiri Khusrav, Kabodiyon and Shaartuz in the south.