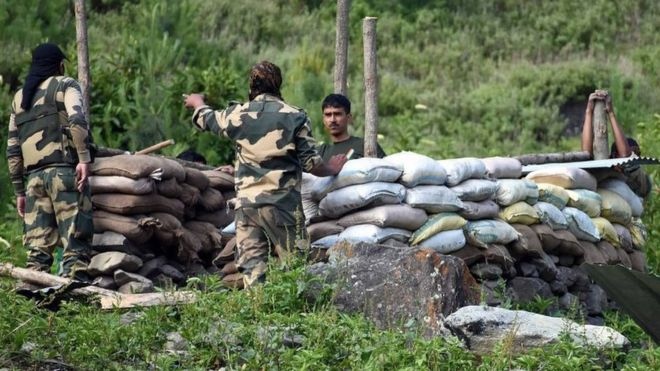 The incident follows rising tensions, and is the first deadly clash in the border area in at least 45 years.

The Indian army initially said three of its soldiers had been killed, adding that both sides suffered casualties.

But later on Tuesday, officials said a number of critically injured soldiers had died of their wounds.

India's external affairs ministry accused China of breaking an agreement struck the previous week to respect the Line of Actual Control (LAC) in the Galwan Valley.

BBC diplomatic correspondent James Robbins says violence between two armies high up in the Himalayas is very serious, and pressure will grow on the two nuclear powers not to allow a slide into full-scale conflict.