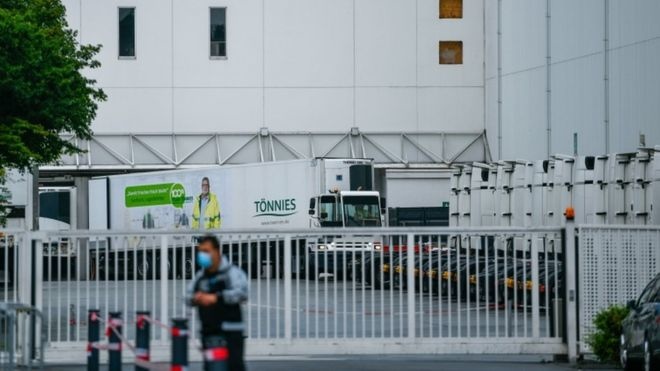 AKIPRESS.COM - Thousands of people in Germany have been told to go into quarantine after a coronavirus outbreak at an abattoir, BBC reports.

More than 650 people have tested positive for the virus at the meat processing plant in Gütersloh, in the north-west of the country.

Operations at the site have been suspended since Wednesday afternoon.

Over 1,000 workers have been tested so far, with thousands of others still awaiting testing.

They and the people they came into contact with have been told to been told to remain in quarantine until they receive their results.

A spokesman for the company that operates the site, the Tönnies Group, has apologised.

In response to the outbreak, local authorities have suspended schools and childcare centres in the region until the end of the month.

Chancellor Angela Merkel said she "welcomed" the measures to prevent the further spread of the virus in the area.