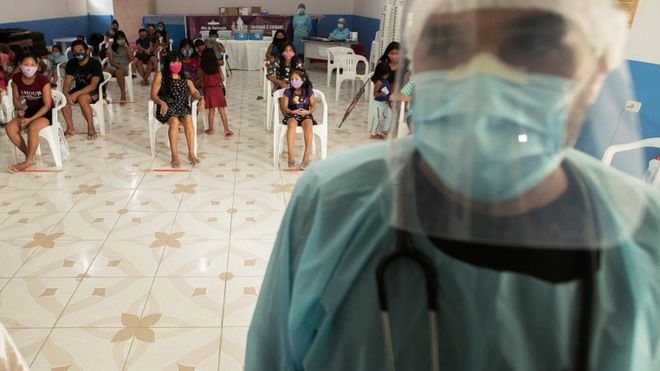 AKIPRESS.COM - Brazil has become the second country, after the US, to register more than 50,000 deaths from Covid-19.

The grim milestone comes amid growing political unrest and days after the country confirmed more than one million coronavirus infections.

Experts warn that the peak of the outbreak in Brazil is still weeks away.

The World Health Organization (WHO) has recorded the biggest one-day increase in cases, with the Americas responsible for most of the new infections.

However, the growing outbreak did not stop thousands of supporters and opponents of Brazil's far-right President Jair Bolsonaro from taking to the streets in rival protests on Sunday.

Anti-government demonstrators are calling for Mr Bolsonaro to be impeached. It follows the arrest on Thursday of a former aide and family friend who is accused of corruption.

His supporters say Congress and the Supreme Court are trying to curb his powers.