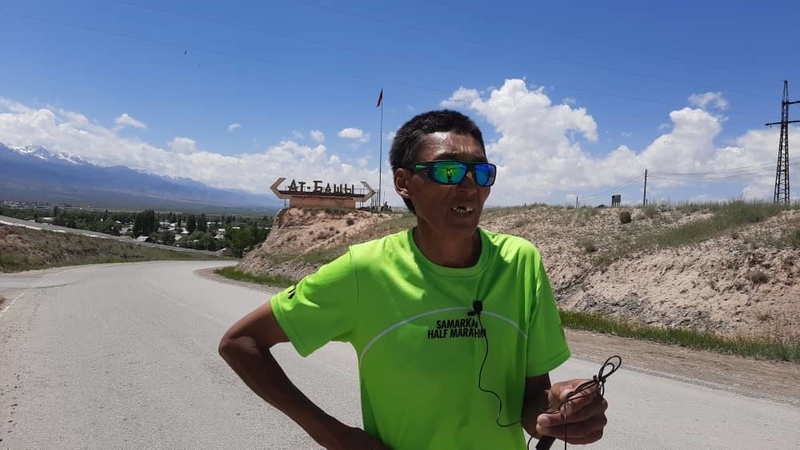 45-year-old Obolbek said that he started his marathon at 8.30 a.m. in Taldy-Suu village on June 19. He’s always dreamed to run a long distance.

“I won marathons in school. In 2017, I started running long distances. I’ve participated in 4 marathons and won medals. One of them was in Moscow. I received invitation to Tomsk, Tashkent and Almaty this year, but everything was cancelled due to epidemiological situation. The international marathon with 90 km run race will take place around Lake Son-Kul on July 19. I’m planning to participate,” he said.

The runner noted that he also plans to run from Bishkek to Osh (608 km).

“If I am lucky, I’ll run to Osh. Many people do not understand this sport. Some even laugh at me, but there’re people who stop and wish me luck. The support always helps sportsmen,” he says.