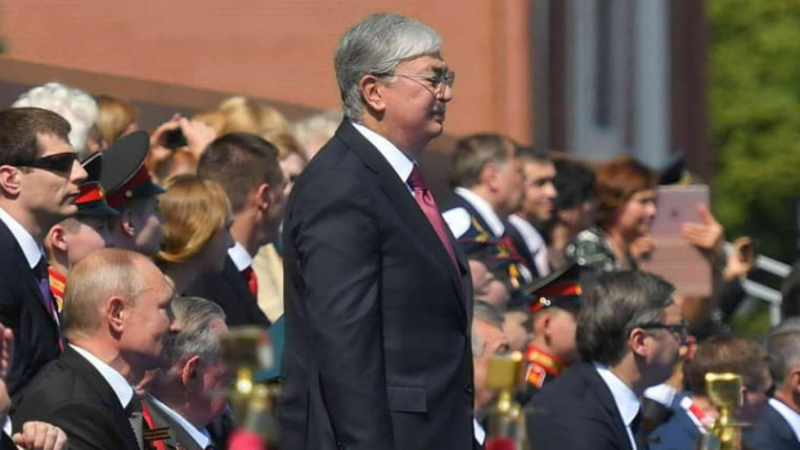 AKIPRESS.COM - President Kasym-Jomart Tokayev stood up to welcome servicemen from Kazakhstan marching in the Victory Parade in Moscow.

The Victory Parade was held today in Moscow. It was attended by the Presidens of Belarus, Uzbekistan, Bosnia & Herzegovina, Moldova, Tajikistan, Serbia, South Osetia, Abkhazia.