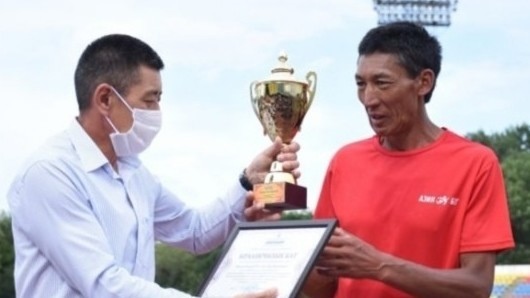 45-year-old Obolbek has started his marathon at 8.30 am of June 19 in Taldy-Suu village. He reached Bishkek on June 24.

The runner has ended his marathon at the Omurzakov stadium in the capital.

The runner reached the capital for 5 days and a half.

"The father stays at home with relatives. He is tired. He participates in marathons for 5 years," his sone Muhamedaly said.

Osmonbekov was greeted by his relatives and State Youth, Physical Education and Sport Agency Deputy Director Kanatbek Arpachiev, who handed in the cup and the letter of gratitude to the runner.

The doctor examining health status of the runner found him in good state.