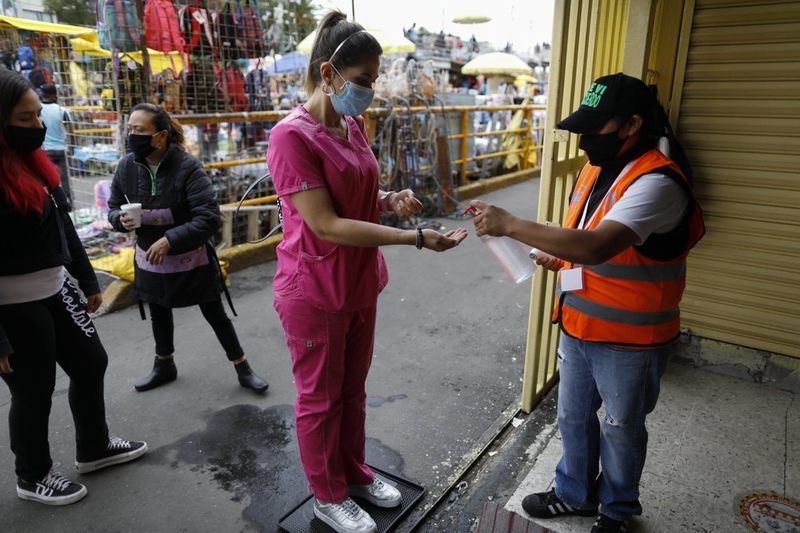 AKIPRESS.COM - Mexico pushed past 25,000 reported coronavirus deaths and 200,000 confirmed cases Thursday, as the treasury secretary said he tested positive and would self-isolate while working from home, AP reports.

The Health Department reported 6,104 newly confirmed infections, one of the highest 24-hour counts so far. That brought the country’s confirmed cases to 202,951. Deaths increased by 736, bringing the total since the pandemic began to 25,060. Only Brazil and the United States have higher death tolls in the Americas.

Treasury Secretary Arturo Herrera said he had only minor symptoms and planned to self-isolate as he continued to work from home. It was unclear how recently he was in close contact with President Andrés Manuel López Obrador, who refuses to use a face mask and has resumed public tours across Mexico.

Herrera is the country’s highest-ranking Cabinet member to be infected so far. Previously, the head of the Mexican Social Security Institute tested positive but later returned to work. Several state governors have also acknowledged testing positive.