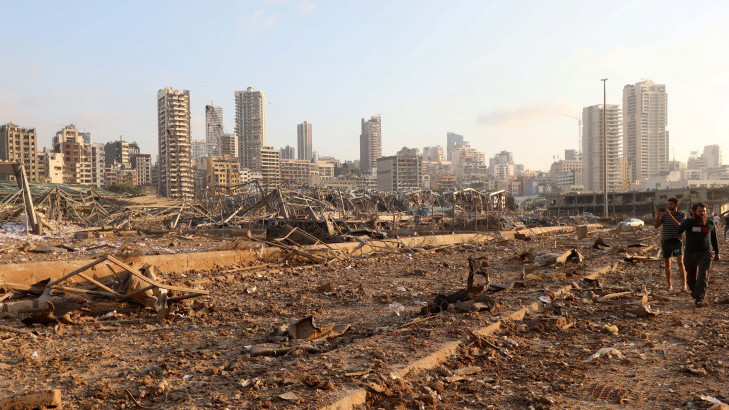 AKIPRESS.COM - A massive explosion ripped through central Beirut on Tuesday, killing dozens of people, injuring thousands and blowing out windows in buildings across the city, CNN reported.

The blast near Beirut's port sent up a huge mushroom cloud-shaped shockwave, flipping cars and damaging distant buildings. It was felt as far as Cyprus, hundreds of miles away, and registered as a 3.3 magnitude earthquake in the Lebanese capital.

Lebanon's Prime Minister, Hassan Diab, said that 2,750 tons of ammonium nitrate, a highly explosive material used in fertilizers and bombs, had been stored for six years at a port warehouse without safety measures, "endangering the safety of citizens," according to a statement.

The Prime Minister called the storage of the material "unacceptable" and called for an investigation into the cause of the blast, with the results released within five days, the statement said.

Lebanon's General Security chief Abbas Ibrahim said the "highly explosive material" had been confiscated years earlier and stored in the warehouse, just minutes' walk from Beirut's shopping and nightlife districts. Initial reports blamed the explosion on a major fire at a warehouse for firecrackers near the port, according to Lebanese state news agency NNA. The death toll from the blast is likely to continue to climb as more bodies are pulled from the wreckage. At least 78 people are known to have died and a further 4,000 wounded, Hamad Hasan, the country's health minister said, according to Reuters.