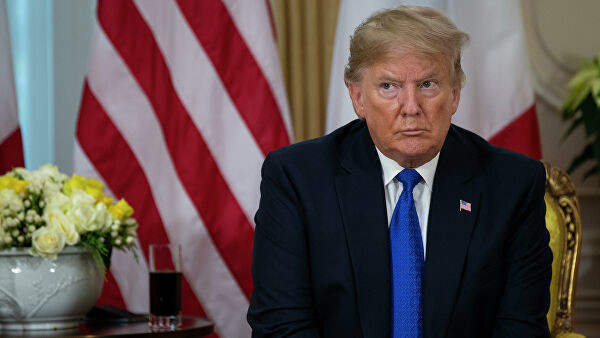 AKIPRESS.COM - Facebook and Twitter have penalized US President Donald Trump and his campaign for posts in which he claimed children are “almost immune” to coronavirus, BBC News reported.

Speaking by telephone to morning show Fox and Friends on August 5, Donald Trump argued it was time for all schools nationwide to reopen.

“If you look at children, children are almost – and I would almost say definitely – almost immune from this disease,” he said.

Facebook deleted the post – a clip from an interview he gave to Fox News – saying it contained “harmful COVID misinformation”.

“This video includes false claims that a group of people is immune from COVID-19 which is a violation of our policies around harmful COVID misinformation,” a Facebook spokesperson said on Wednesday, August 5.

It was the first time the social giant had taken action to remove content posted by the president based on its coronavirus-misinformation policy, but not the first time it has penalised Trump over content on his page.

In June, Facebook said it had removed adverts for Donald Trump's re-election campaign that featured an inverted red triangle similar to symbol used in Nazi Germany.

Trump's campaign team said the far-left activist group antifa uses the symbol and it was a reference to them.

US public health advice makes clear children have no immunity to COVID-19.

Children can catch and transmit the virus, but they run an extremely low risk of becoming ill from it.

Adults – and particularly older adults – are far more likely to be seriously ill and die from complications.

The largest study done so far, involving more than 55,000 hospital patients, found that only 0.8% were under the age of 19.